What My Highly Sensitive Cat is Teaching Me About Myself… 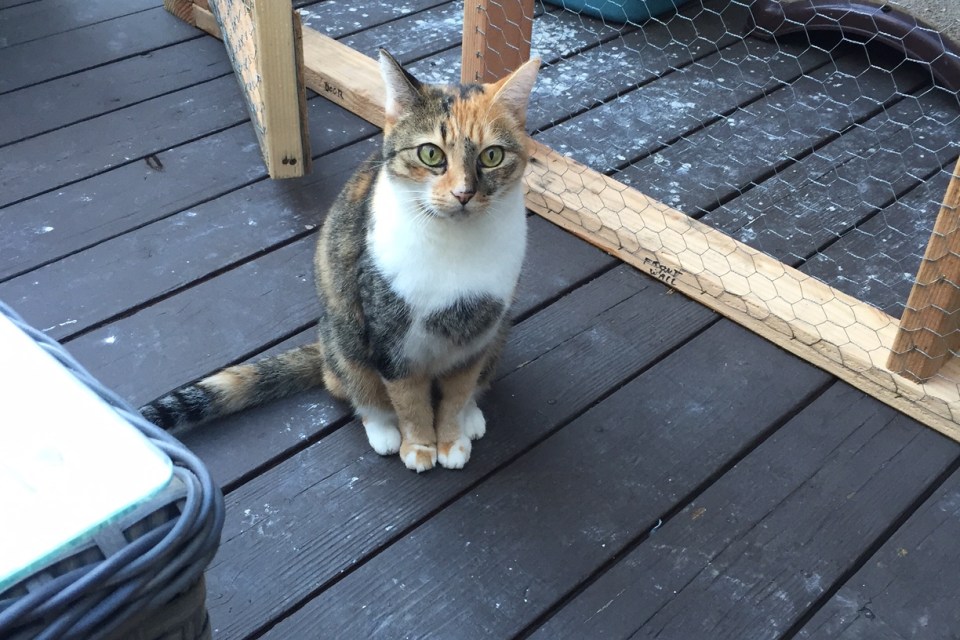 You HAD to know I was going to go there. Come on. I’m a coach. I’m a highly sensitive person. I’m an introvert. OF COURSE I have a cat.

You know…One thing I love about Elaine Aron’s work on this subset of people is that she doesn’t make it just about humans. She mentions, on numerous occasions, that this trait is found in a number of contexts within the animal kingdom. In fact, she writes in her book Psychotherapy and the Highly Sensitive Person that it is found in over 100 species of animals. Is it a shock to know that cats are included?

I’m convinced that my cat is such a creature.

A few years ago (sheesh…close to 7 or 8 years now that I think of it) I was out hiking with a couple friends of mine. One was a girlfriend, the other was the guy I was dating at the time. It was a really short trail (maybe two miles or so)? As we walked, my friend heard a sound. Pitiful. Urgent. A kitten.

Given that we both have two “X” chromosomes and happen to be animal lovers in general, we obviously needed to investigate. We searched for the source of the sound and discovered an unbelievably small kitten hidden in a kind of hole that was created from an uprooted tree. There were no other kittens. No mother in sight. And this little thing was HOWLING.

The guy that I was dating (let’s call him “Mark”) asked “What should we do? Take her to the pound? To an animal shelter?

We looked at him with about as much scorn as we might have offered him if he had suggested we throw an infant off of the Eifle Tower. That. Was. Not. An. Option.

With a defeated sigh, he asked “Or…take her home…love her…name her…and buy her kitten food?”

THAT was the correct question.

We wrapped her up in a sweater and carried her back down to the car. Her little eyes hadn’t even changed color, yet. Blind and terrified, she cried out to the world as if to say “Seriously!? WHHHHHYYYYYYEEEEEE” She was able to easily fit in the palm of my fairly small hands.

Now…I know that cats who are born in the wild always have a ferrel streak in them. So it’s entirely possible that my cat (who I am assuming is a sensitive little thing) is just exhibiting the signs of a not-entirely-domesticated animal. But…

This is a creature who startles easily. Loud noises bother her and make her timid. Yet…any time I pick her up and she wants none of it, she is usually careful to not to call on her claws too often. If I start petting her too enthusiastically, she does bite, but if I hold still a moment, she releases quickly. Looking repentant. She likes to have one-on-one contact with people. Too many faces and she seems to want to duck and cover. She is sensitive to me whistling – to such an extend that she’ll sing with me (maybe because she’s saying “please dear GOD knock that OFF!) in cat speak. When outside, on one occasion, a hummingbird came right up to her. Inches from her face. With a defiant “Peep!” the hummingbird challenged Sasha to a dual. My cat? She ducked..startled. And ran away. Such a mighty little huntress.

Everything about this cat screams sensitivity to me. I think its a large reason why I have such a soft spot in my heart for her. She’s not a playful, wildly affectionate creature. But there is something about the way she moves in the world that pulls on every compassion string I have. And while it isn’t always easy to coax her to my lap, when she does decide to join me, the smallest scratch behind the ear or tickle under the chin elicits a roaring purr.

Introverted (based on how she behaves with most other cats)…she prefers time alone to time with other creatures. But when she does bond with another, she’s incredibly loyal. She was especially fond of a cat I had for a number of years: Bella. A siamese mix who was anything but sensitive and meek. The two of them snuggled up together frequently.

But as much as I appreciate how similar she is to me, I have to admit that watching her is a bit like watching a mirror. And like most people, when I look at my own reflection, I don’t always like what I see

For example, Sasha has a tendency to hide. Under couches. In dark corners. She likes to have a space that is out of view of others. While I understand it, it can be frustrating. On more than one occasion, I have had to turn over large pieces of furniture to get her out of small crevices that were hardly safe for her to stay in. And coaxing her out is rarely easy. Sometimes it involves me forcefully grabbing her by the cuff and pulling her out.

I have been known to do the same thing. When I’m triggered, emotionally, I do the human equivalent of hiding under couches. I run. I duck. I cave in. I stop talking. Emotionally, I retreat into dark places in order to feel safe from those “out there.” And like my cat, I probably do much more harm than good. I make others around me feel uncertain. Did they offend me, somehow? I also risk trapping myself in a whirlwind of depressive thoughts in much the same way that Sasha risks getting smooshed when she crawls up and into the couch. That’s right…INTO the couch.

When cornered, Sasha will bite and scratch. And I know that I do the same. Except that instead of claws, I tend to use words. I watch Sasha’s eyes and a timid and meek thing though she is…there is something wild about her. She may look, pleadingly, at you for attention…but every plea is also a warning. Pet with caution. Love me at your own risk.

This is the thing about sensitive people. They are attentive, true. They are responsive to their environment. But that doesn’t mean we can’t be a royal pain in the a**. As much as I love my cat, I can easily get frustrated with her need for just the right amount of attention. Just the right amount of pressure in each affectionate pet. And God forbid I yell at her. I won’t see her for hours. There are times when I can’t help but think: “really?…”

So its a good lesson for me to keep in mind as I navigate the world. My sensitive nature comes with some real perks. Both for myself and for others. BUT – it can also be extremely aggravating. It might be worthwhile to remember that sometimes, criticism is just constructive feedback…not a threat. Just as the quick snap of my fingers in front of Sasha’s face is not meant to be a move to cause harm, but a warning that she’s doing something wrong.

No one is perfect (though we sensitive types sure do love to try). We all do the best we can. It might behoove all of us sensitive folks to remember that hiding under couches and defensively reaching for our claws doesn’t endear us to anyone. Being willing to be vulnerable and uncomfortable…even for just a few moments… is always worth the risk.