Effective Communication for Highly Sensitive People (ie – Why We Need to SPIT IT OUT!) 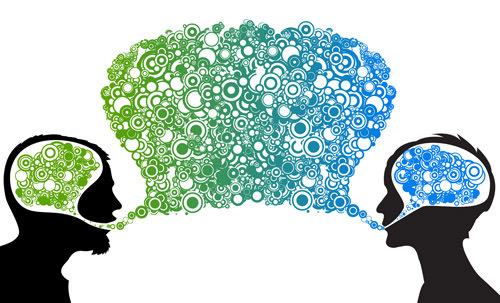 Highly Sensitive People have a lot of goods to give. We tend to be empathic. We have the capacity of noticing subtlety. We laugh as often as we cry (which is impressive since we do a fair amount of both). We can hear the symphony in silence, and can taste the sweetness of sunshine.

And all that jazz…

We also tend to get overwhelmed in the midst of conflict, over-taxed just while waiting for a BART train or subway, and downright fussy after a night of poor sleep.

What can I say? You gotta take the good with the bad. We are a roller coaster ride.

But most of us have learned how to deal with the up and downswing of any multitude of experiences. We’ve spend a lifetime in our respective space-suits. We know what we need. At least…most of the time, we do. And those who are brave enough (and patient enough) to love us, often find its worth the effort to do the same.

No…it’s not our needs that are the problem. It’s not even, necessarily, the intensity of our experience and/or emotions. For us (and for those who know us) at any given moment…The challenge for HSP (whether we are enraptured or mortified) is in communicating effectively about our experiences and our needs.

Aggressive: An aggressive communicator sees their own needs as primary, and others needs as secondary. They tend to be impatient. Abrupt. Examples might look like:

On the upside…they usually get their needs met. Setting boundaries is really not an issue for this type. The only trouble is that in negating the needs of others and belittling their point of view, it corrodes relationships.

NOTE: I have yet to meet a fellow highly sensitive person who has an aggressive communication style. But we sometimes seem to attract those who do.

Passive: A passive communicator is on the other extreme. They meet the needs of others even if it means neglecting their own needs. They tend to come off as vague. Unclear. Permissive. The concept of a “yes man” was crafted from and has its origins in this type of communication. Examples might look like.

The upside with this group is that they are able to maintain relationships with others with relative ease. Who wouldn’t like a person who can meet their wants and needs on a whim? But the value of those relationships are watered down by inauthenticity. As a colleague of mine once said to me “If you never say ‘no’, your ‘yes’ means nothing.”

Passive-Aggressive: These folks are the wolves masquerading in the costumes of sheep. They say they will do a thing to please you, but then fail to follow up. They insult you, but use passive tone and language. Or it can be nonverbal aggression. These are the folks who are angry, but aren’t expressing it. For example, a passive-aggressive communicator might…

This group typically is a mixed bag. They keep appearances up that they are helpful and kind…even as they neglect to follow through on the very thing they said they would do. They do just enough to avoid conflict and get one’s needs met, but not enough to allow for healthy communication and growth.

NOTE: I would love to say this isn’t a problem for highly sensitive people. But it’s definitely a problem.

Assertive: This is the Gold Star of communication styles. Someone who is assertive is able to hold the needs of others alongside their own needs in equal measure. They say what they mean, and they say it non-defensively. They advocate for their own needs, but do so in a way that shows respect to those around them. Examples of how this might manifest could be:

This group manages to get their needs met while also honoring the needs of others. If they can help, and say they will….they will. If they can’t help, they won’t say they can and dodge it later. They are clear about what they want and need for themselves, and clear about how and to what extent they can meet yours.

No one likes conflict. But highly sensitive people appear to be physically pained by it. We’ve got the brain scans to prove it. It lights up alarm bells that signify danger and threat. As a result, it can make it incredibly tempting to simply pacify others and avoid conflict altogether. The ingredients are there to produce a highly agreeable person…perhaps too agreeable.

And it may not just be highly sensitive people who fall prey to this. A study done in 2016 suggests that highly agreeable people (HSP or no) often exhibit specific brain patterns during conflict that push them to agree as if their life depended upon it.

What’s the danger,  here? Well…I’ll give myself as an example.

I’m a highly sensitive person. I appreciate having plenty of time to myself. I need peace and quiet. In my relationships, I need intimacy and connection. The best currency you can barter with for my love and affection is time. Physically, I need to keep my blood sugar balanced. I need to get enough sleep. I need time for audiobooks…and relationships with people who are willing to tolerate my love of said books. I need movement. A LOT of movement. If I’m not reading, writing, eating…I’m moving. Too much stillness and I feel stifled.

If any of those needs aren’t met, I feel it. In my bones.

Most of the time these needs are not that problematic. It’s not hard to satisfy my own needs for good food. I can cook. It’s not hard to pick up a book and read, or throw on a pair of tennis shoes and run. Finding people willing to love me…that took time. But I am fortunate enough to say that I have found people I care about deeply who know how to love me despite my quirks. Maybe even because of them.

Problems only come when my needs directly conflict with what I perceive the needs of those I love are. I want connection with my boyfriend…but he’s starving for some time alone. What do I do? I want to eat NOW….but I was supposed to go to dinner with friends. And they aren’t ready, yet. Should I wait? I want peace and quiet, but I’ve just been invited to attend a group gathering and they really want me to go.

My inability to communicate assertively harms me in a multitude of ways…including:

I get that this stuff doesn’t come easy. Saying, explicitly “I need X” can be frightening. What if what you want conflicts with what someone else wants? BUT – in the long run, it serves EVERYONE better.

So if you want to start communicating more effectively…try these tips:

What are some examples of situations where you find it difficult to communicate what you need? How might your life be different if you were able to spit it out?