What do Highly Sensitive People Have in Common With Iron Man? 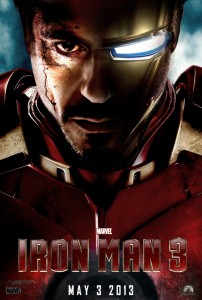 I’m Tony Stark. I build neat stuff. I’ve got a great girl. And occasionally, I save the world. So why…can’t I sleep?  – Robert Downey Jr. as Tony Stark in Iron Man 3 Trailor

I’m not ashamed to say it. I love super-hero movies. Part of it is the the movie, itself. There are flashy things happening in the background. The music is heating up. Witty banter is kicking into gear between hero, villain, sidekick, and leading lady. It’s fun.

Yes….highly sensitive people can sometimes like action movies. Pull your jaw back up and stop furrowing your brows like that. You’re drooling and it’s a little embarrassing.

Of course…because I am highly sensitive and an introvert…the flashy stuff isn’t the only reason I like them. I love looking at them as metaphor. Watching heroic films give me a sense of what’s happening in the privacy of my own mind. I’m part hero, part villain, part sidekick, and part damsel in distress. And I love what watching them tells me about the culture I live in. If we, as a culture, all agree that this is a hero…that tells us something about the qualities our culture values. Strength. Cunning. Courage.

Anyway, I was sitting down with my boyfriend and watching Iron Man 3 – the latest of the Iron Man sagas (I think…maybe there’s a fourth one by now…who knows?)

In it, Tony Stark does not start off batting an external bad guy. Instead, he’s battling anxiety. He seems to have everything in order. But it’s not enough to squelch the sense of dread that keeps surfacing, uninvited, into his consciousness (as well as his unconsciousness). He can’t rest. He can’t focus. He can’t sleep.

Naturally, one would think he would give heroic ventures a rest. But as they are want to do…villains surface. Battles nag at him – needing to be fought. Or at least faced. And because it is an action movie, he does face them. But there were a number of things I found to be interesting throughout the course of this film.

First – On a number of occasions, Tony is forced to face extremely powerful villains without the the safety of his armor. Or, as in one of the scenes, with only parts of his armor functioning. A thing that is extremely inconvenient given his new propensity toward anxiety and panic.

Second – To aid him, he outsources some of his safety needs. In other words – be builds other robots that can help him. Suits that can act on their own, or serve as armor for him if ever he’s in need.

Third – In the end, he realizes that it was never the suit that made him “Iron Man” The suit was just a tool.

So what the flip does this have to do with highly sensitive people?

Like Tony Stark, Highly Sensitive People do have the capacity for heroism. In Tony’s case…it was his intelligence. As he says in the film “I’m a mechanic. I fix stuff.” Highly sensitive people aren’t necessarily that smart (some are, I’m sure. I just don’t think it’s a special HSP trait). In the case of HSP – it’s more that they are tuned in. They can feel things. It’s a kind of super power. Or at least it can be. Many HSP do end up in helping professions. Tony Stark used his “power” to create a weapon as well as a shield. We often use ours to connect with other people. To assist in our own unique ways.

But also like Tony…we sometimes find ourselves in a position of overwhelm. Many of us are battling anxiety and depression. Many of us can’t sleep well at night. So we build shields. We put on costumes. We put on a face that says “I’m good – don’t worry about it! I got this!” I can’t tell you how often I’ve gotten feedback like “you’re so calm…how do you do that?” And all the while, my internal body is going haywire. I’m not necessarily as calm as I present myself to be. I’m just wearing my suit. I’m putting on my mask. That’s not to say that I’m always on the brink of a panic attack. Not at all. It’s more that, like Tony Stark…I can get kicked into one in the right circumstances. Like Tony, I often have trouble sleeping because I’m too busy ruminating about all the things that have happened. All the things I could have done better.

The suit I put on helps. There is something comforting about knowing that I can “fake it to make it” when I need to. It feels good to know I can protect myself.

But in the end…perhaps we might be better served in remembering that shields and masks can’t protect us from ourselves.

In the end, Tony realizes that he needs to engage with the world as himself. Not just as Iron Man. It seems like a perfect metaphor for honesty.

And in the end…he chooses healing. Rather than continuously relying on outside measures to keep his heart functioning and the pieces of metal from caving in to his chest…he opts for surgery. He opts for being entirely himself.

In my experience, the HSP who are most effective in the world do this very thing. They stop wearing suits and masks of “don’t worry about it, I got it!” and instead opt for honesty. They learn how to say no when they need to. They learn how to embrace life as they want to live it instead of what the world wants from them. They learn to outsource their needs and build tools to help them. For Tony, those tools came in the form of fully functioning robots and suits. For us HSP, perhaps that comes in the form of asking for help from coaches, therapists, friends, family, meditation techniques, healthy habits and practices. We build tools to support us so that we can continue to engage in the world…even when the world is really f***ing scary.

What kinds of masks do you where to keep yourself safe?

What might life be like if you took your suit off and engaged with the world exactly as you are?