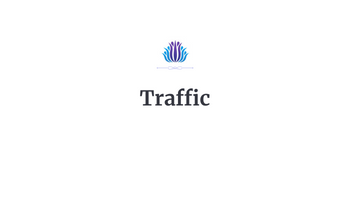 I’m writing this while on a freeway in my car.

One detail I forgot to mention. I’m parked. There was an accident ahead and all four lanes of the freeway are closed off. I can’t move.

Something you might want to know about me is there are few things that put me on tilt. I’ve dealt with a number of difficult circumstances in my life and have developed a decent amount of resilience as a result. But for some reason traffic still gets me. What’s that about?

For one thing, I hate feeling trapped. It’s a special kind of torture for my movement to be impeded. It feels unnatural. It goes against my instincts. It’s like being crated. For another, it’s not like I’m trapped in an upright and standing position. I’m trapped in a chair. I really don’t like sitting for long stretches of time. I used to hate airplanes for the same reason. I didn’t like that I couldn’t move when I damn well pleased.

I ultimately made peace with the airplane. I could rationalize it as forced meditation and relaxation. I figured out how to be okay with discomfort. At least I didn’t have to drive, after all.

But for some reason, traffic is different.

I sit here, now, cold sweat dripping down my spine and a rapid fire fury bubbling like fizzy water in my blood. There is absolutely nothing I can do. I can’t pull over. Not only is it illegal but it risks yet another accident since people often use the shoulder to drive upon (an act that is also illegal but it doesn’t stop people from doing it…and I’m not going to get my car smashed because of their actions). I can’t force the highway open. I can’t move. Nothing.

I’m looking around at the drivers I can see. They look defeated. We all do.

It seems like an apt metaphor for the rough patches in life we cannot help but find ourselves in at some point. It’s the micro version of what we felt when the economy crashed in 2008. Or a diagnosis for a chronic illness you now have to navigate around…despite the fact that you’ve been a health nut your whole life.

It’s got to be about control. Don’t you think? We move around in this world thinking we have some. We might not be able to control what President so-and-so does in the White House or control the weather. But we at least have control over ourselves, right? If we work hard and keep doing the right thing, we’ll be rewarded. Right? Maybe. But not necessarily. Traffic is a tangible reminder of this. It forces us to remember that even our commute time is nothing but a statistical average. The odds are stacked such that at SOME point, some variable will force us to stop. Like it or not. And there we will be. And there is nothing any driver can do about it.

The only thing we have left is our response to the situation. I can allow myself to remain angry and self-righteous in my belief that it’s a damn good thing that kid who decided a police chase was a good idea…the kid who is responsible for my current situation…is lying on the road dead, because otherwise I’d kill him. That’s an option. But who does that help? Certainly not the guy lying on the road. Not the drivers sitting next to me. And not me.

I can turn on the AC. I can turn on my phone. I can write a blog. I can reflect on my life and on the absolute absurdity of traffic. And I can be grateful that it’s not me lying on the pavement while emergency personnel peal me off the road. Even more importantly, I can be grateful that I’m not the family member of said person. Not his mother or wife or sister or friend. And I can revel in the fact that while traffic is a b**** that doesn’t mean I have to be one.

In other words…I might not be able to change my situation, but I can at least try and influence my experience of it.

How do you deal with traffic? Or maybe a better question is – how do you cope when you land in situations you find uncomfortable and cannot escape?