The Other Reasons to Write 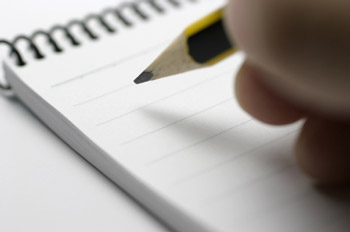 I wouldn’t be able to tell you, exactly, what it is about writing that I love so much. I’m fairly certain this is true of all those who hold the art with any affection.

It’s certainly not because I think I’m going to get a lot of followers on a blog. I know better. Our virtual world is saturated in blogs of all topics and stripes. And many…(most?) are more talented than myself. I don’t say this to be self deprecating…but merely in an effort to be pragmatic and candid. It’s also not because I imagine I’m going to make a lot of money on the enterprise. I’d welcome the possibility of being pleasantly surprised on either count – but I’m not hedging my bets or quitting my day job.

No. I write for those other reasons. In Brenda Euland’s book If You Want to Write, she promises her readers that “no writing is a waste of time – no creative work where the feelings, the imagination, the intelligence must work. With every sentence you write, you have learned something.”  She goes on to say that while wanting to be published or to make money on writing is a fine reason to write, there are many other more important reasons to do so.

Among those reasons includes: communication – with yourself as well as with others, a love of language for its own sake, and a gateway to understanding one’s own feelings a little bit better  than before having taken up the pen. I would also add to that, the sheer delight of what it means to make something as ethereal as a thought churn itself into solid words on a page the way cream can be churned into butter.

And, of course, it even can help your overall health and well being. Sorry folks…I’m a wellness coach. You had to know I was gonna go there.

Just how it helps a persons health gets interesting. To give a few examples, there is some research out of Austin that showed those who journal have increased T-lyphocytes (which help with immunity) suggesting that it helps us on a tangible physiological level. Other research illustrated that those with the inflammatory condition Rheumatoid Arthritis who wrote in a journal faired significantly better than did a control group who were not asked to write.

Why the difference? What is it about writing that supports these changes?

In essence, it seems to work like this: when you write, you are no longer only using your rational left side of the brain. Writing requires a certain amount of creativity. You’re telling a story. Doing so activates your right brained “intuitive” side. That doesn’t mean to say using the rational side of one’s brain is ineffective. But writing about these problems can simply pull in other resources that might have been untapped otherwise. We stop thinking linearly and begin to consider solutions in a more holistic way.

The only catch in some of the scientific findings was that the way in which people wrote needed to pull in meaning. In other words, it wasn’t enough to simply write about the problems popping up. The second piece that proved helpful was that moment when participants sat and considered how these challenging situations might fit into a larger and more empowering narrative.

I can certainly testify to this. At the tale end of my graduate program, after three years of working full time and attending classes at night, I was exhausted. I had spent three solid years in an incessantly high-stress mental state. I hadn’t been sleeping well…often I wasn’t sleeping at all (and if you think this isn’t a big deal, talk to any insomniac. If you cannot sleep, you simply cannot stay afloat.). My whole system was out of alignment. I had every symptom associated with adrenal fatigue and even some signifiers that I may be dipping my toes into the pool of depression.

The only things that saved me were long runs/walks and writing. It took every ounce of energy in me to pull myself up out of bed just to put on a pair of sweats and get out and move. Every muscle protested in angry frustration. But I did it. I would run with tears streaming down my face. Tears that fell for no rational reason that I could identify. But tears that insisted falling nevertheless. The movement forced my body to loosen. My head would clear for a few precious seconds. And then, when I got back in, I would pour out whatever remained in my loose cannon of a monkey brain onto paper. None of it made any sense. At least not at first. But after a moment…a calm would settle in. I was still in pain. I was still exhausted. I was still overwhelmed with bills to pay on a job that paid little. And I was still struggling to get through work and school obligations that each demanded a full tank of gas when I was running on empty. But somewhere in the midst of all the “whoah is me” rampages, a few nuggets of assistance would come through. Somewhere, deep down, I knew I was going to be okay. I knew that I was just tired. I just needed some rest. I knew that rest wasn’t available to me just yet…but that it would come.

I knew that all this struggle would only help me when I tried to help others who suffered from these same symptoms later on. And when they looked at me with faces that were ashamed because “why the hell should I be so sad? So overwhelmed? There are people all over the world that have it so much worse! But…still…I’m struggling. And my struggle is real. I’m really trying my best….I just need help.” I knew I would look on those faces and be able to say “I have been there. I have felt that on my own skin. You’re not crazy. It’s okay. I see you. I hear you. And I know you’re doing the best you can. Let me help you.”

My journal was my aide. I couldn’t afford therapy. I couldn’t afford expensive tinctures placed on the shelves of Whole Foods. I could barely afford to buy whole foods (though I made it a point to  keep to a strict plan of healthy food, since I knew junk would only make all this worse). But I could move. I could breathe. And I could write. And somewhere in the mess of notes and rambling…I would find a nugget of meaning. I’d find a friend in there who was able to say to me all the things I wanted to hear from loved ones even though I didn’t know I needed to hear them.

You can find traces of just how powerful writing can be in other figures as well. Elizabeth Gilbert found solace in writing when she was incarcerated by depression’s funked out version of an anti-justice system. When loneliness and depression “flanked her” it was her ability to write and connect to a much wiser voice that freed her and removed the charges she had unwittingly placed on herself. When Glennon Doyle answered a simple question “tell us 10 things about you that we don’t know…” and she poured out her soul…it was that honesty that let in a floodgate of grateful supporters who cried out “Me TOO! You are not alone.” Her honesty led her to a telling of her real story (not the story of her “representative”). And in impeaching her representative, she unwittingly started an entire movement.

So why should we write? Need anyone really ask? I say why not write…

I was asked, once, if I considered myself to be a writer. I thought the question was strange, but I answered “yes.”

My companion asked “Even if you haven’t been published?”.

I said – “To be a runner, I don’t need to win a marathon. I need only get my shoes on and run. I have journals I have kept from as long as I can remember. I wrote in those journals. Thus, I am a writer.”

Because when Richelieu wrote “The pen is mightier than the sword” he was really onto something. At least that has been true for me. It’s been tough enough to defend me. It’s cushioned enough to comfort me. It’s a left hook. It’s a hug.

It’s me at my ugliest and my most beautiful…all in the form of characters on a page.

So why do I write? Because I can’t imagine a life without it. It’s the only vitamin I can’t afford not to buy.

Why do you write?