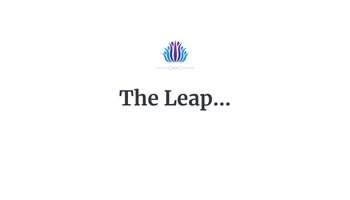 We like to think of ourselves as rational creatures….as free agents making one cost/benefit decision after another. And maybe you are such a creature. Perhaps you go through each day feeling like every move you have made was entirely your decision, and each decision was made with Spock-like data-driven precision. I don’t know. I’m not you. I won’t make assumptions.

But as for ME…I’m pretty damn sure that despite all my intellectual prowess (and I’m arrogant enough to think I’m a pretty smart cookie) at the end of the day there are all sorts of decisions that are made from some combination of conscious thought, random impulse, faulty genetic wiring, and sheer dumb sleep deprived guess-work.

What makes me so sure?

Well…I work in the realm of behavior change. It’s my job to help other people make choices they know are intellectually good for them (even if they are emotionally destabilizing).

If we were purely rational creatures operating from a place of 100% free will…believe me, we wouldn’t keep doing this. I’m positive of that fact. Because many of these habitual decisions/behaviors go against our own self-interest. So clearly, our lives are not entirely up to us.

Every once in a while, we make the hard choice. We do what is right in favor of what is easy. We rise above compulsion and move toward discernment.

THAT is the part of the human condition that is utterly fascinating to me. That moment I’m going to refer to as the “Leap.”

I’ve made numerous leaps in my life. Some small and some large. I have leaped into and out of relationships. I leaped into college…and then into grad school. I have leaped into and out of jobs I thought would be great and weren’t and jobs I thought would only be okay and turned out to be stupendous. I leaped into building my own private practice, even though it’s hard and requires me to engage in activities I don’t feel comfortable with (self-promotion and self advocacy just to name two).

And here is what interest me most. Every single time, the hardest part of the process was always the lead-up to it. Breaking up is hard, yes. But the truly heart-wrenching part isn’t the actual separation. It’s the lead-up to it. It’s the series of months spent trying with everything you’ve got to make it fit, when it doesn’t. The hard part of quitting a job you hate isn’t the actual quitting. It’s not the exit-interview that ends up being the hardest thing we do. It’s the infuriating 9-5 daily grind you go through at that job you KNOW you HATE but it’s safe and secure and you really really want it to work. So you show up every day trying all the while to simply be grateful you have a job at all. You do everything you can to stay recharged even though the job sucks the life out of you. You know you need to quit but…

Even asking for help from people we know care about us is hard. Putting yourself out there and asking for help from a friend requires deep vulnerability. But it’s not NEARLY as hard as the months you spent isolated and alone…trying to rough it by yourself – imagining all the while that the people you love would be disgusted if you should admit your failings.

And finally…this applies even to our health. Eating healthy and kicking out the junk food? Yeah, that’s challenging. But it’s the anticipation of all the food you won’t get to eat that’s so much harder. It’s the sure knowledge that you will feel deprived if you are not allowed to eat this or drink that. It’s the terror of imagining yourself going hungry – a most primal experience.

Time and time again, the anticipation of suffering that will occur from a hard choice is always much worse than the ACTUAL suffering I feel once the decision is made and the pieces are put into motion.

I know this. I know it in my bones (since I’ve felt it on my own skin) and I know it from the experiences I am granted permission to witness in the lives of people I work with. And take me out of the equation. I think it’s fair to say that on some level we ALL know that the hardest part of doing what’s right isn’t the actual doing of the thing. It’s the starting of the thing. It’s the leap.

So why, then, is taking that leap so…damn…hard? And more importantly – what is it that moves within us when we finally do decide to jump? Because whatever it is, it’s potent stuff. It not only seems to fuel the decision, itself, but allllll subsequent decisions that are in alignment with that initial step.

It’s what propelled Elizabeth Gilbert to make the choice to leave her husband well over a decade ago…and then to KEEP moving forward with that decision even when her husband proved himself to be less than accommodating when it came to signing the papers.

It’s what propelled Knight to build Nike – despite the countless struggles he endured along the way.

It got my she-roe out of a corporate job she was WAY too good for and into a startup she is much better suited to contribute to.

It’s pushing me, in the present, to make pretty monumental life changes of a personal nature – even though it will mean financial strife and emotional heartbreak.

And while we all may look back and see ways we could have made the leap more gracefully, I have yet to hear someone tell me about a leap they regret.

I wish I could wrap this conversation up nicely. I wish I could speak to it with more authority. But I can’t. For now I’ll just say that this process has my attention. It’s piqued my curiosity.

Do YOU have experiences with this? What are examples of “leaps” you have made that terrified you? How many of them (if any at all) would you take back if you could?