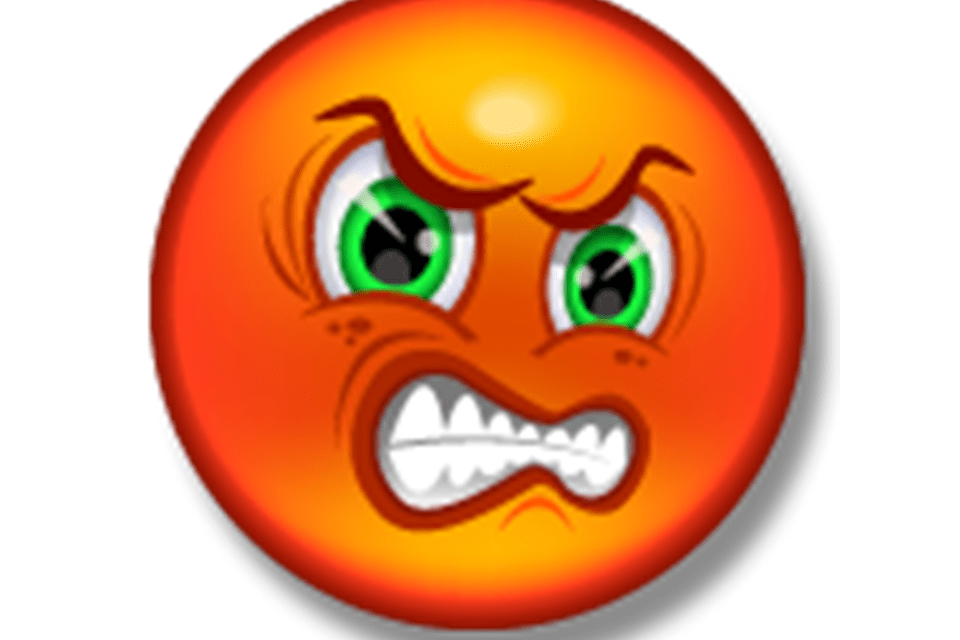 I work at a hospital that is divided into multiple sections of buildings. One afternoon, I was giving one of our newest instructors a lay of the land. She and I are set to co-facilitate a group of participants in a weight loss program. The first introductory class has already happened, and now she’s about to join in on the second week.

I explained to her that most of the students are a lot of fun. Some of them are a little feisty, but not in a particularly aggressive way. Just in the “I got jokes!” sort of way.

Except for one participant….

I won’t go over the details of said participant, here. Suffice it to say that I was merely explaining to my new instructor that this particular student had managed to scratch the metaphorical chalkboard in such a way as to make both our project manager (who has an exceedingly high tolerance for bull shit) and our primary medical doctor in the program (who is hardly an easily stirred ninny) cringe every time she enters. I had only met her for the first time in our last class session. For the purposes of this article…let’s call our participant Stella and my instructor Blanche.

Blanche and I are walking across the street moving from one building to another. We are just getting over the threshold of the crosswalk as we converse about the group that we will co-facilitate…and eventually Blanche will take over.

“So Blanche” I say “what you need to know about Stella is that she isn’t so much a tyrant as an unknown. She kinda leaves everyone around on edge thinking ‘what is she going to do or say next?”

From behind us, I hear someone say…

” Ha…what she is going to do. THAT is funny.” The voice sounds young and feminine. Like its coming from a little girl. Or maybe a teenager. I can’t tell whether she is talking about us or if I’m imagining it, or if she is talking to someone else on a phone and its all a coincidence that the language seems so similar. So I turn slightly to see who is behind me. When I do, I see the face of someone who could be in her mid twenties. She’s got long auburn hair. Square bangs rest on the midway of her forehead. She has hazel eyes that are looking at me with some combination of curiosity and annoyance.

I take that in for a second and reply “Huh…you’re right. That’s actually a good point.”

She lifts her head from her hands…which are holding….something. Maybe a smartphone? And she says “Why are you even talking to me? I’m being a bitch to you.” Her tone isn’t isn’t loud, but its decisive and firm. It’s a question mixed with a command mixed with…provocation perhaps?

I’m startled, but not offended. I’m mostly just intrigued. Is this person lucid? Does she have a condition of some kind? Or is she just a random girl who has had a bad day and wants to vent? Or maybe she’s just someone who doesn’t have a filter and has decided that I am to be the next benevolent case to whom she will bestow her unfiltered point of view? I say nothing more to her and turn back to Blanche. We continue our conversation.

From behind me I hear “Yes…and we all ‘talk like this’ because we have absolutely no personality of our own. We’ve been trained that way….”

I have absolutely no wherewithal to respond. I’m just walking. Digesting. Thinking. I consider her a moment longer and am just about to turn my head. To say something? To just look at her? I’m not sure. But she cuts me off mid-turn and says:

She mumbles a few other things, too. But thinking about it now, I honestly can’t remember what it was.

Blanche and I are about to turn the corner. The girl behind us continues to walk ahead. Just as she passes us, she says (in a sweet, girl-like voice) “Now you know what it’s like for a complete stranger to ruin your day. Byeeeee.”

I stare at Blanche for a second. She stares back. We both look away awkwardly when I say “Well. That was…interesting.”

And it was. It still is to me.

First off…as I walked along – at no point did I feel threatened. Perhaps I should have. But there was nothing. I didn’t get any gut-glenching sensations suggesting that I should book it for the hills. How odd. This sort of thing would usually have me jilted. Hurt. Intellectually handicapped for the rest of the evening. But there was nothing. I was intellectually curious more than anything. I almost wanted to run after her and say “ruin my day? I don’t know who you are, but you just made my day.”

Why did she “make my day?” you might ask. Well…because this girl (lucid or not) was the Alice in Wonderland version of a mirror. I spend exorbitant amounts of energy analyzing people’s responses to me. I take great care to use language I know befits their temperament. I watch their body’s tone as they recoil or open to me. I pay attention to every nuance in conversation. Damn near desperate to please…or at least cause no  harm.

But this woman (or girl, if you will)…she was doing none of that. She seemed to be saying exactly what she was thinking. No filter. No concern about my feelings. No sense of remorse for any damage she might cause. With language, she did the equivalent of slapping me across the face and saying “how did you like that?”

And in a twisted, masochistic sort of way, I kinda did like it.

Because it left me thinking….What sorts of things might I say if I had absolutely no filter? Would I use the same tone of voice? The same language? What would it feel like, somatically, to be less concerned about how others perceived me? Given that I identify as being more sensitive than most (and by that, I mean, having more sensory perception sensitivity) AND given that I’ve been using that trait primarily to put other people at ease around me…how might I spend that energy if I wasn’t spending every moment trying to appease others?

What would it be like to care a little less? To give a little bit less of a damn about what other people thought of me?

I have no answers to any of these questions yet. But somehow, the thought experiment, alone, is kinda therapeutic. It must be liberating. It must be freeing. It must, also, be a bit lonely.

So now I just invite you to consider…What would you do or say differently (if anything) if you experimented with this? Obviously, I’m not suggesting that you go around making a point of trying to, as this girl said “ruin” people’s day. But rather…how might you experiment with being blunt and honest?

How might you experiment with moving around in the world being a little less concerned about what other people think of you?

A few weeks ago, I wrote an article about the potential health risks of being “Too Nice.” And this exchange felt a bit like a small taste of a sort of antidote. It was WAY more concentrated than I could handle or hope to recreate in myself. I have no desire to be THAT “nice-less.” It was simply a perfect example of the other extreme. This girl wasn’t nice enough. I feel like there is a happy medium to be had, somewhere.

I’ll let you know if ever I find it.